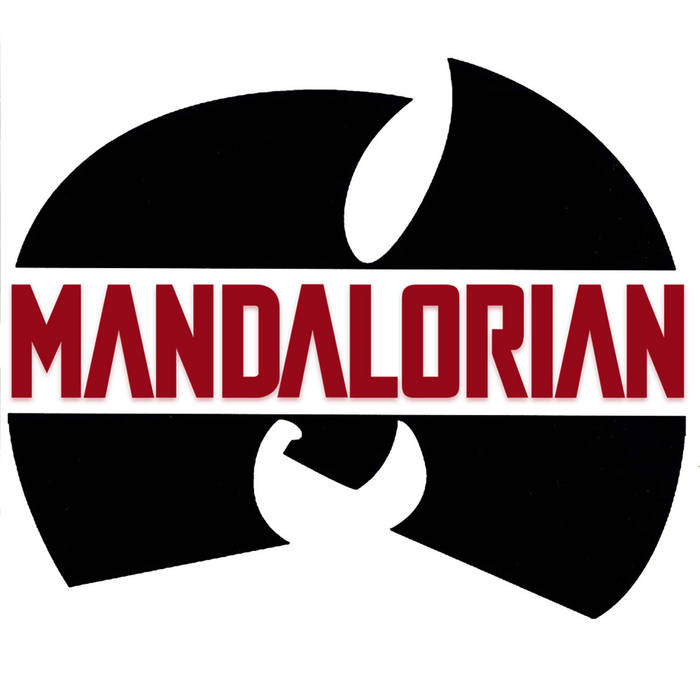 For that sliver of overlap in the Venn diagram of Star Wars fans and Wu-Tang fans comes "Mandalorian," a parody of "Method Man" from the Wu-Tang Clan's legendary debut album about the new Star Wars series on Disney+.

I wrote this song last February during FAWM and decided to wait until new episodes of The Mandalorian started airing again to release it in a desperate attempt to get the song a little extra attention. So here we are.

Yoda:
From the deserts of Mandalore he comes. Strikes again, Din Djarin does. With wrist rockets, and jet packs, and far more dialog than Boba Fett, he has. The Mandalorian, he is.

Hey, you, put down that child
You don't know me and you don't know my style
Always gets my man when I come with a plan
Here I am, I'm the Mandalorian
Pew pew pew! From the blasters on my wrist
Unlike stormtroopers I rarely miss
Got some beskar, paid for a favor
That stuff is impervious to lightsabers
Wham! Track my man from here to Hoth
And I don't ever take my helmet off
Style is classic, straight from the Tribe
You be like, oh man, can't describe
Piss me off and watch me get buc-wu-wu-wild
And then go and blow everything up
Upside, downside, inside and outside
Hittin' you from every angle, there's no doubt I
Always complete my mission
And have great aim with no peripheral vision
Back, now please pay for what I did
Hold up, what, what's gonna happen to the kid
Right there? I know I'm paid up and we're square
But this doesn't look like a daycare, and I can't
Sit back and watch him get killed, so
I'm about to break every rule in the Guild
Comin' like raw, ooh-ahh, break him out
Tell me now exactly what you gonna do about
I saved the kid from hardship, now a far trip
I'm hoping that he doesn't get car sick
What happened to my starship? Huh, oh dammit!
Another chop shop on the Jawa's planet
Hey! Hey! Hey! Give me that stuff back
Man, I can't believe that I got carjacked
It's a mess

Alright, y'all, Karga, take flank. Dune, cover me. IG-11, protect the child. We're gonna take out Moff Gideon and all his imperial cronies.

I got, a Boba Fett hat
I got, myself a jetpack
And I'm about to go get lifted
Yes, I'm about to go get lifted
He's got, a fast TIE Fighter
He's got, a new wing rider
Maybe this wasn't such a great plan
No, I don't think this was such a great plan, uh
M.O.F.F. Moff Gideon
Haven't seen him since I was a young foundling
Zoom, he hit the ground like boom!
But he made it out I'll probably see him again
Question, what exactly is a Tusken Raider
Signed a favor, binocs we made a trade for
Never trust a droid, I'm a firm disbeliever
Also people, don't trust them much either
Not an average Joe, with an average foe
Doing average jobs for average dough
Kuill's an Ugnaught, a lovely old bloke
Who says "I have spoken," uh
Check it, my life can be pretty hectic
But when I get a charge I collect it
Sometimes iffy, these people are shifty
All of this for a kid who's like fifty
Like Dark Helmet, who said with a cling
(*cling*) I can’t breathe in this thing!
Mandalorian, you send for
Yes therefore I come from Mandalore
Duh, they raised me up when I was stray
Child, I'll care for him 'cause that's our way
Someone tell me why I'm inclined
And how he can move things with his mind
Meaning I'm stuck with him and have to go look
'Til I can find his people in the phone book
But for now my honor is restored
I'm clear with the Guild, kid's safely aboard
So how many years will it take
For me to search the galaxy for this kid's race? Well
I guess that depends on the Disney clan
And just how much money they can make
So before the next season’s through
You know what you are gonna have to do, please
Just don't make a fuss and come join up with us
And subscribe now to Disney Plus, and watch
The M.A.N.Dalorian
M.A.N.Dalorian
M.A.N.Dalorian
Here I am, I'm the Mandalorian

Kuill:
Straight from the mind of the most powerful mouse on the planet. Giving you yet another service to subscribe to. And just when you thought it might actually be cheaper when you canceled cable!

Mickey Mouse:
Ha! Ha! We got you back, sucker!
This is the way.